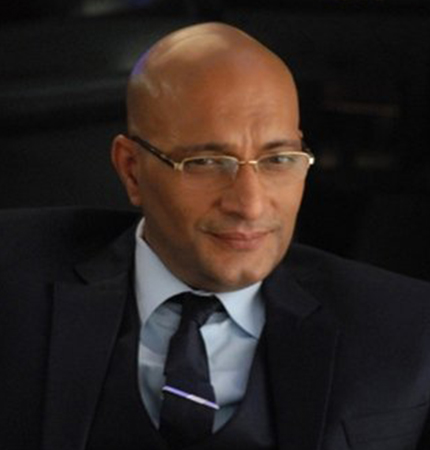 Mr. Amit Behl has been an actor and a media personality for the last two and a half decades and has won several awards for his work on all formats of performance.He started his career in Television with India's first daily soap “Shanti” in the Year 1994, post that he has done over a Hundred TV Serials in Hindi, Marathi, Gujarati, Punjabi and English. Some of his Famous Serials are “Kora Kagaz” , “Mujhe Chaand Chahiye” “Dahleez” “Ek Haseena Thi” “Woh Apna Sa”. He has also worked in the eminent British series “Sharpe's Peril” with Sean Bean.

He has done over 40 feature films in Hindi, English, Gujarati and Telugu. Some of his famous feature films are “LoC: Kargil”, “Bheja Fry-2”, “Lakshya”, “Karz: The Burden of Truth”, “Manikarnika: The Queen of Jhansi”. He has also done a Telugu film called “Sita” with eminent Director Teja and also the hit Gujarati film “Motabha” which was produced by D. Ramanaidu.

Mr. Behl has been trained in theatre by eminent theatre personalities like the doyen of Indian theatre, Shri Ebrahim Alkazi who was the founder of the National School of Drama. He has worked with eminent personalities, like Gulzar Sahab, Feroz Abbas Khan, Rajendra Gupta, Neena Gupta, Safdar Hashmi’s Jana Natya Manch,Aamir Raza Husain, Salim Arif, the famous theatre group in Delhi “Yatrik” and many more.

He holds a Degree in Electronic Engineering from Mumbai University and an MBA from the Faculty of Management Studies, New Delhi.

Mr. Behl has been former Senior Vice President of the FWICE. He is Senior Joint Secretary of CINTAA since the year 2015. He is also an eminent Governing Council Member of Media and Entertainment Skills Council.